To prove whether or not a material contains asbestos, it has to be analysed by laboratory accredited by the United Kingdom Accreditation Service (UKAS). Asbestos testing using Polarised Light Microscopy (PLM) is the most common method used. All laboratories used by PASS (UK) Ltd. for asbestos testing are UKAS Accredited
BUY NOW

All non-domestic buildings must have an asbestos assessment or survey and a management plan if asbestos is identified. Asbestos can be found almost anywhere and sometimes in the most unlikely places: from a stately home to a factory or from your own home to a hospital.
FIND OUT MORE

There are three main types of Asbestos 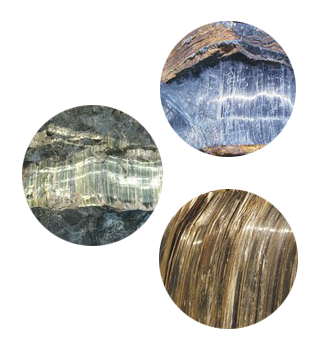 Blue and brown asbestos, however, are considered more hazardous than white. Samples must be analysed to identify which type of asbestos is present and the PASS (UK) Ltd. Asbestos Sample Kit is a simple way to do this.

The discovery of an ACM (Asbestos Containing Material) in a property has the potential to reduce its value, hold up building/refurbishment/alteration works and make them more costly or worse still make an area un-occupiable. But disturbing or damaging asbestos containing materials can have even worse consequences!

When purchasing a domestic property, ask your building surveyor to find out if any known ACMs exist or alert you to any materials suspected to contain asbestos and have them checked out.

Asbestos was used in many commercial, industrial and some domestic buildings from around the 1930’s.
The importation and use of ACMs containing Crocidolite (Blue) Asbestos and Amosite (Brown) Asbestos was banned 1985 & 1987 respectively. Large amounts of ACMs were used during the upgrading of buildings to comply with the 1974 fire regulations. Chrysotile (White) Asbestos was not banned until 1999, so buildings constructed up to this point have the potential to contain ACMs (although due to regulations in place very few ACMs containing Chrysotile were used from the early 1990’s).

Cookies are used for ads personalisation. We use cookies on our website to give you the most relevant experience by remembering your preferences and repeat visits. By clicking “Accept All”, you consent to the use of ALL the cookies. However, you may visit "Preferences" to control consent.
Manage options Manage services Manage vendors Read more about these purposes
Preferences
{title} {title} {title}